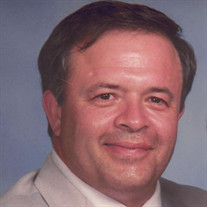 Thomas Leroy Dusseau, 75, of LaSalle, Michigan died peacefully at St. Luke’s Hospital in Maumee, Ohio on Wednesday, August 26, 2020 at 8:15pm. He was surrounded by his loving family. Tom had been under the care of Elara Caring Home Health, formerly Great Lakes Caring, for several years and had also received the services of Meals on Wheels for the past few years. Born in Monroe, Michigan on September 20, 1944, the son of Felix and Mary (LaPointe) Dusseau, he was one of seven children. A 1963 graduate of Monroe Catholic Central High School, he attended Monroe County Community College. He married Beth LaBeau on July 12, 1968. Tom began his professional career as an upholsterer at La-Z-Boy Chair Company of Monroe, later earning his Master Plumbers License through Monroe Plumbers and Pipefitters Local 671. He became a member of the Local on November 2, 1967, earning a life membership on November 2, 2017, and was proud to serve as president of the Local from July 1995 until his retirement in June 2007. During his tenure, the Local completed construction of the new addition to the union hall on August 14, 2000. A member of the armed forces from July 1965 through April 1967, Tom was deployed to Vietnam and proudly belonged to the Veterans of Foreign Wars Erie Post 3925. Other affiliations included the Monroe Council 1266 Knights of Columbus, the Monroe County Rod and Gun Club, and the Loyal Order of the Moose. Tom worked for various employers, beginning with Sieb Plumbing and Heating of Monroe, serving as the City of Monroe Plumbing Inspector, and working as a general foreman for Bechtel Corporation at the Enrico Fermi Power Plant, as well as for Milan Plumbing and Heating. He was a meticulous worker responsible for the completion of plumbing jobs varying from private homes to major projects. Known for his quick wit, friendly smile, and generous heart, Tom freely gave of his talents to whoever needed them. He volunteered his woodworking services at St. Mary Catholic Central High School, building a wall in the library, refinishing office furniture, constructing sets for several SMCC Alumni stage productions, and creating various original wooden pieces for The Auction. The Monroe Community Players and the Monroe Repertory Theatre also benefitted from his woodworking skills when he built sets for many of their local endeavors. Tom also made furniture and accessories for Petee Folks, a local doll company owned and operated by his lifelong friends Phyllis and Gary Petee. A real music lover, Tom enjoyed dancing and singing and was a member of the Latin American Dance Club and the St. Mary Parish Choir for over 30 years. Very involved with his community and his friends, he also enjoyed many activities including bowling, golfing, hunting, fishing, card playing, and cooking. Survived by Beth, his wife of 52 years, his daughter Jeni (Chris) Cousino, his mother Mary Dusseau, sisters Diane (Jerry) Janssens, Jacque Dusseau, brothers Bill (Claudia) Dusseau, Mike Dusseau and several cousins, nieces and nephews, Tom was preceded in death by his son Jeffrey, his father Felix, brothers Dale and Mitch, and several aunts, uncles, and cousins. Due to the dangers of the current pandemic and the resulting restrictions, a memorial service celebrating Tom’s life will be held at a later date. The family would like to thank the Bacarella Funeral Home for their assistance in making arrangements.

Thomas Leroy Dusseau, 75, of LaSalle, Michigan died peacefully at St. Luke&#8217;s Hospital in Maumee, Ohio on Wednesday, August 26, 2020 at 8:15pm. He was surrounded by his loving family. Tom had been under the care of Elara Caring Home... View Obituary & Service Information

The family of Thomas L. Dusseau created this Life Tributes page to make it easy to share your memories.

Send flowers to the Dusseau family.