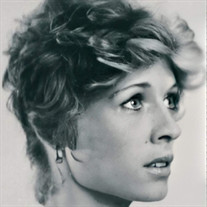 Susan Bird Pharmakis, age 64 of Monroe, passed away unexpectedly Wednesday, January 15, 2020 at Henry Ford Hospital in Detroit. Born April 21, 1955 in Weymouth, Massachusetts, Sue was the daughter of Robert and Roberta (Dunn) Bird. During the 1970’s, Sue trained as a trapeze artist with Barnum & Bailey Circus before becoming a cheerleader for the New England Patriots Football Team. On May 17, 1980, Sue Bird married Charles Pharmakis in Rockland, Massachusetts. Sue was employed as a gymnastics coach for many years in Massachusetts before moving to Monroe in 1999. Her passion for gymnastics lead her to own and operate the former Flips and Kicks Gymnastics for several years. For the past ten years, she had been employed by Peg Harris Dance Studio as a Tumbling Coach. Sue lead an interesting and active life. In addition to time spent at the gym and dance studio, she also enjoyed doing crafts, sewing and knitting. Her other talents included painting, interior decorating, photography and music. Sue is survived by three children: Allison Pharmakis of Albuquerque, New Mexico, Evan (Erica) Pharmakis of St. Augustine, Florida, and Hilary Pharmakis of Middletown, Rhode Island; her mother, Roberta Bird of Fort Worth, Texas; four siblings: David (Joyce) Bird and Donald Bird of Fort Worth, Texas; Ellen (Alex) Affleck of Whitman, Massachusetts and Carol (Chet) Lagana of Palm Coast, Florida; two grandchildren, Dakota and Hunter Christian; and longtime friend, Laura Rye of Monroe. Sue was also a loving aunt to many nieces and nephews. Her father, Robert Bird preceded her in death. Cremation has taken place in accordance with Sue’s wishes. Her family will receive visitors Wednesday, Jan. 22nd at Bacarella Funeral Home beginning at 4 p.m. Time for sharing of memories of Sue will begin at 6 p.m. with continued visitation until 8 p.m. For anyone wanting to make a memorial donation in Sue’s memory, her family suggests the American Diabetes Association. Online condolences and special memories may be shared with the family by visiting the obituary page at www.bacarellafuneralhome.com.

The family of Susan Bird Pharmakis created this Life Tributes page to make it easy to share your memories.

Send flowers to the Pharmakis family.