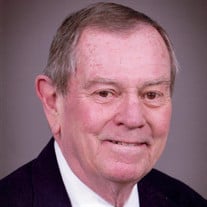 Scott William Fuller, age 73, of Monroe, formerly of Luna Pier, passed away at 8:05 p.m. Sunday, November 29, 2020 at ProMedica Monroe Regional Hospital after a brief illness. Born August 9, 1947 in Toledo, Ohio, he was the son of the late Winford S. and Willma “Billie” (Katchke) Fuller. Scott attended Bowsher High School, graduating with the class of 1965. He served his country honorably in the United States Army during the Vietnam war. After returning home he earned an associate degree from Owens Community College and began a long career with the Kroger Company. He married his beloved wife, Kim M. Lyons, in 1988 at Faith Lutheran Church, Toledo. Scott began working for Kroger as a young man bagging groceries and through hard work and dedication worked his way up to store manager. During his career he was responsible for opening several stores in the greater Toledo area; Navarre, Southwick, and Manhattan Boulevard, to name a few. Scott was also responsible for a massive renovation at Miracle Mile. While Scott had high expectations of those who worked with him, he was also well respected within his profession as evidenced by receiving the Vice President’s Award multiple times. After dedicating forty-three years to Kroger, Scott took his suit off for the last time, retiring in 2006. Scott was a responsible man, who was highly organized and caring, but could be a bit stubborn at times. He and his wife were both captains of their boat “Dream” and the two enjoyed taking trips around the Great Lakes. He cherished the time he spent on fishing trips with his father. He enjoyed gardening in his vegetable gardens and working in the landscaping at his home. More than anything, Scott loved his family. To cherish his memory, Scott leaves his wife of thirty-two years, Kim; one daughter, Laurie (Gerry) Hakala of Grand Rapids, Michigan; two grandchildren, Andrew Hakala and Katelyn Hakala of Grand Rapids, Michigan; three brothers-in-law: Robert (Dorothy) Lyons of Toledo, Michael Lyons of Arizona, and Patrick Lyons of Erie; one sister-in-law, Carolynn Corthell of Swanton, Ohio; and many nieces and nephews, being especially close to Kent and Missy Corthell. In addition to his parents, he was preceded in death by his sister and brother-in-law, Jackie and Jack Eding, and aunt and uncle, Gertrude and Jim Casenger. Visitation will be held from 2 p.m. until 6 p.m. Sunday, December 6, 2020, at Bacarella Funeral Home, 1201 S. Telegraph Road, Monroe, MI 48161. Due to the COVID-19 pandemic, visitation will be limited to twenty-five persons and those attending are asked to wear face coverings and maintain social distancing. Current services celebrating his life will be private, with plans for a public celebration of life at a later date. He will be interred at Toledo Memorial Park at a later date. The family would like to express their deepest gratitude to the nurses on 2-South at ProMedica Monroe Regional Hospital, especially: Shawna, Jaclyn, Emily and Tammy, for their tireless care and compassion while taking care of Scott. Memorial contributions in Scott’s memory are suggested to ProMedica Hospice, Monroe. Online condolences and special memories may be shared with the family by visiting the obituary page at www.bacarellafuneralhome.com

Scott William Fuller, age 73, of Monroe, formerly of Luna Pier, passed away at 8:05 p.m. Sunday, November 29, 2020 at ProMedica Monroe Regional Hospital after a brief illness. Born August 9, 1947 in Toledo, Ohio, he was the son of the... View Obituary & Service Information

The family of Scott William Fuller created this Life Tributes page to make it easy to share your memories.

Send flowers to the Fuller family.