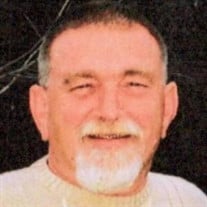 Roger A. “Butch” Nocella, 75 years, of Monroe, Michigan, went home to be with the Lord on Thursday, October 7, 2021 in his home. Born May 23, 1946 in Monroe, Roger was the son of Nora Lee Nocella. He attended Unionville High School in Unionville, MI. He finished his education while in the Marine Corps. Roger served his country honorably and proudly as a United States Marine. He served from August of 1963 until June of 1969. His deployment took him to Japan and Vietnam. On August 14, 1971, Roger married the love of his life, the former Sharon G. Copeland, at Holy Ghost Lutheran Church in Monroe. Roger worked as a millwright for Ford Motor Company from which he retired. He also owned and operated JC & E Organic Worm Farm, LLC. Roger was a member of Holy Ghost Lutheran Church, a life member of VFW Post #4093 in Carleton, Masonic Lodge #27 F&M and was a member and former officer of his UAW Union Local. He enjoyed fishing, gardening, traveling to Northern Michigan, and trips to see family in Gatlinburg, TN. Most of all he enjoyed time spent with family. Roger is survived by his beloved wife of 50 years, Sharon, two loving daughters: Sondra L. Nocella, and Shannon K. Nocella of Monroe, four cherished grandchildren: James Morgan, and Clayton, Ernest, and Erin Thorn, his mother Nora, and nine siblings: Larry A. (Barb) Nocella, Viola M. (Robert) Krug, Diana Scharf, John (Marilyn) Busenbark, Ronald Busenbark, Harold Busenbark, Michael (Lisa) Busenbark, Patricia Latham, and Joanne Yount. Roger was preceded in death by his parents, Florence and Sunday Nocella, his foster parents, Doris and Elmo Triber, two daughters: Shannon May and Tanya Mae Nocella, and siblings: Luella Eberhart, Patricia Dusseau, Charles Nocella and Susan Busenbark. Visitation will be held on Wednesday from 2-8 pm at Bacarella Funeral Home, 1201 S. Telegraph Rd., Monroe, MI, 48161, where a Masonic Service will be held that evening at 6:00 pm. Funeral services celebrating Roger’s life will be held on Thursday, October 14, 2021 also at the funeral home. Services will begin at 11:00 am with a VFW service follow by Rev. Lee Cullen, pastor of Holy Ghost Lutheran Church. In keeping with Roger’s wishes cremation will follow. Memorial contributions are suggested to Roger’s family as they will contribute to his favorite charities. Online condolences and special memories may be shared with the family by visiting the obituary page at www.bacarellafuneralhome.com.

The family of Roger A. "Butch" Nocella created this Life Tributes page to make it easy to share your memories.

Send flowers to the Nocella family.