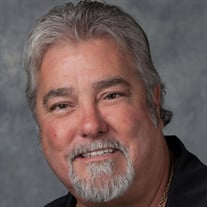 Roger I. Homrich, age 68 of LaSalle, MI passed away peacefully with his family by his side on Saturday, December 11, 2021 at Henry Ford Hospital Detroit, MI. Born March 24, 1953 in Monroe, MI. Roger was the son of the late Ivan and Loretta (Bruck) Homrich. He graduated from Dundee High School in 1971. Growing up, he spent his time building custom motorcycles and working alongside his family on their farm. He married the love of his life, Norma J. Simpson, on February 1, 1975 at Monroe Street Methodist Church. He then went on to join the demolition industry with his father, Ivan, and brother, Randall Homrich. He worked relentlessly and was proud to become the president of Homrich Wrecking, Inc. Over the next couple decades, he built the company from a small family business to one of the largest demolition companies in North America. In 1993, he was elected president of the National Association of Demolition Contractors (NADC), becoming the youngest to ever hold the position. In 2016, he received the National Demolition Association (NDA) Lifetime Achievement Award. More impressive than his successful career was the impact he had on his family, friends, coworkers, and strangers alike. He was known for his loud, booming voice, unconditional love for his grandchildren and great grandchildren. He had a lifelong passion for boating, earning his World ARC Certificate during his recent participation of circumnavigating the globe onboard EQ2 (Eagle’s Quest). He took great pleasure in hunting and fishing, mostly because he shared these times with his sons and grandchildren. He graciously supported the Monroe Chapter of Ducks Unlimited. He was an avid member of Monroe Boat Club, The Monroe Club, and served as a board member for the Monroe County Historical Society. In addition to his kindness, Roger was an animated storyteller believing that the best moments in life were made timeless through stories. In honor of Roger and his love of storytelling please share a story with his family through online condolences by visiting the obituary page at www.bacarellafuneralhome.com. Roger leaves his memory to be cherished by his loving wife of 47 years, Norma and their four children: Michelle (Steve) Snyder of Florida; Scott (Kelly) Homrich of Maybee; Tim (Jenny) Homrich of LaSalle; Roger Lee (Erin) Homrich of Flat Rock; along with his five siblings: Lon (Ron) Brant of Maybee; Randall (Gerry) Homrich of Maybee; Mary (Pat) Leach of Colorado; Tina (Matt) Schultz of Dundee; Marg (Jeff) Karner of West Olive. Additionally, he leaves behind 11 grandchildren; Josh, Jenna, Scotty, Lydia, Addie, Ian, Landon, Jace, Laney, Levi, and Ainsley, 5 great-grandchildren; Adriaunna, Lily, Elijah, River, and Roscoe. Also, his dog, Jessie, many nieces, nephews, cousins, and friends whom he loved unconditionally. In addition to his parents, Roger was also preceded in death by infant daughters, Jamie and Amie, and sister, Lora (Homrich) Rzepa. Visitation will take place on Wednesday, December 15, 2021, from 2:00 pm-8:00 pm at Bacarella Funeral Home, 1201 S. Telegraph Rd., Monroe, MI 48161. On Thursday, December 16, 2021, a service to celebrate Roger’s life will be held at 1:00 pm at Bacarella Funeral Home. To best honor Roger’s memory, in lieu of flowers, the family is endowing a scholarship through the National Demolition Association. Donations can be made to Homrich, Inc. which will be consolidated and donated to the NDA.

Roger I. Homrich, age 68 of LaSalle, MI passed away peacefully with his family by his side on Saturday, December 11, 2021 at Henry Ford Hospital Detroit, MI. Born March 24, 1953 in Monroe, MI. Roger was the son of the late Ivan and Loretta... View Obituary & Service Information

The family of Roger I. Homrich created this Life Tributes page to make it easy to share your memories.

Roger I. Homrich, age 68 of LaSalle, MI passed away peacefully...

Send flowers to the Homrich family.