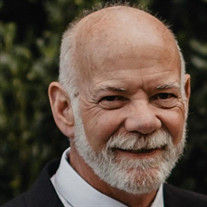 Robert "Bob" Culter, 63, of Carleton, passed away peacefully on Wednesday, August 19, 2020 while surrounded by family at the University of Michigan Hospital. In accordance with Robert's wishes, cremation has taken place. Due to the current restrictions, a celebration of life will be planned for a later date. Robert was born May 26, 1957 in Wyandotte, MI to John and Mary (Laginess) Culter. He graduated from Lincoln Park High School in 1975, obtained his Bachelors of Science from Ferris State University in 1979. On September 19, 1980, he married Janet Foster and moved to Carleton where they lived happily together raising their family. He was employed as an educator and administrator for many years and held a passion for helping his students succeed and grow. He also owned and operated his own personal income tax business for over 25 years, often making house calls at his clients' convenience. Robert continued pursuing his personal love of education by obtaining his Masters Degree in Special Education from Eastern Michigan University in 1995. In his spare time he enjoyed time spent with his family, the outdoors and camping. He shared his love for nature by volunteering for the Boy Scouts of America, where he served in multiple capacities for many years. In his latter years, he was known to many as a reliable handyman, utilizing his thrifty knowledge to help friends, family and small clientele with their home projects. Above all else, he remained a steadfast caretaker for Janet as she battled early-onset Alzheimer's disease until her passing in 2017. Robert is survived by his three children, Christopher (Nichole) Culter of Carleton, Corey (Amanda) Culter of Chelsea and Chelsea (Mark) Hunt of Rotorua, New Zealand; four grandchildren, Karly, Logan, Grace and Hudson; sister, Rosemary (Culter) Mayville of Carleton; brother, David Culter of Ecorse and sister-in-law, Noreen (Fitzgerald) Culter of Lincoln Park. In addition to his wife, he is preceded in death by his parents; beloved brother, John "Jack" Culter, brother-in-law, Al Mayville, and niece Kim (Culter) Hesburn. Online condolences and special memories may be shared with the family by visiting the obituary page at www.bacarellafuneralhome.com.

Robert "Bob" Culter, 63, of Carleton, passed away peacefully on Wednesday, August 19, 2020 while surrounded by family at the University of Michigan Hospital. In accordance with Robert's wishes, cremation has taken place. Due to the current... View Obituary & Service Information

The family of Robert A. Culter created this Life Tributes page to make it easy to share your memories.

Send flowers to the Culter family.