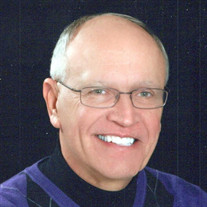 Richard A. “Rick” Montcalm, age 74, of Monroe, passed away Tuesday morning, February 8, 2022, after fighting a spirited battle with cancer and combating numerous complications in recent months. Born September 23, 1947, in Detroit, to the late John and Mary (Miller) Montcalm, Rick was the oldest of seven children. He graduated from Saginaw High School in 1965. Three years later, he married Ruth Abraham, his wife for the next 53 years, and the love of his life. After graduating from his beloved Michigan State University in 1970, he served in the U.S. Army. He was stationed in Nuremberg, Germany, where he and Ruth lived for a time, until he was honorably discharged on December 9, 1971. Rick then began his long career in education as a math teacher in Tecumseh, where he rose through the ranks to become the Assistant Superintendent of Business and Finance. He held that same position in Monroe for 14 years, and then in Utica Community Schools, where he finished his career, retiring in 2009. Along the way, he obtained Master’s and Specialist’s Degrees from Eastern Michigan University. He was also a member and leader of Michigan School Business Officials, serving as the association’s president in 2005. Rick was dedicated to serving his community. Over the years he was an active member of St. Mary’s Catholic Church, Kiwanis Club, the YMCA of Monroe, and the former Monroe County Teachers Credit Union, among others. He co-founded Leadership Monroe. And he served on the board of Directions Credit Union at the time of his death. Rick loved to play and watch sports. He was an avid golfer, played racquetball and cards, coached, and worked as an athletic official. Though he cheered for all of the Detroit sports teams, he saved his loudest cheers (and jeers) for the Michigan State Spartans. Above all else in his full life, Rick loved his family and friends. He cared fiercely for and protected his loved ones, who will miss him dearly. In addition to his wife Ruth, he is survived by their two children, Carrie (Jason) Zimmerman of South Carolina and Jonathan (Megan) Montcalm of New York; five siblings: Kathryn (Kent) Hetrick of Indiana, Denise (Jean Perry) Montcalm of Nevada, Patricia Topping of Michigan, Maryann (Tom Croft) Godek of Michigan, and Brian Montcalm of Michigan; three grandchildren, Zoe Zimmerman, Gavin Zimmerman, and Josephine Montcalm; and mother-in-law Ruth (Abraham) Baker of Michigan. Rick was preceded in death by his parents and a brother, John Montcalm. In lieu of flowers, the family suggests making a donation in Rick’s honor to the Salvation Army of Monroe, the Monroe YMCA, or St. Mary’s Catholic Church. A memorial visitation will be held from 3:00 to 8:00 p.m. on Friday, February 11, at Bacarella Funeral Home. At 6:30 p.m., military honors will be provided by Monroe VFW Post 1138, followed by a Scripture Service. On Saturday, February 12, the family will receive visitors at 10:00 a.m. at St. Mary’s Catholic Church followed by the Mass of the Resurrection at 11:00 a.m., and then lunch at the Parish Life Center. The church pastor, Rev. Fr. David Burgard, will officiate. The family asks that all visitors wear facial coverings when attending the visitation and funeral. Online condolences and special memories may be shared with the family by visiting the obituary page at www.bacarellafuneralhome.com.

The family of Richard "Rick" A. Montcalm created this Life Tributes page to make it easy to share your memories.

Send flowers to the Montcalm family.