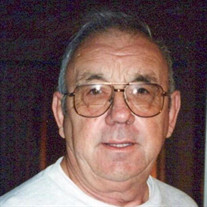 Raymond F. Maliszewski, age 86 of Monroe, passed away at 1:46 a.m. Saturday, November 28, 2020 at ProMedica Flower Hospital in Sylvania, Ohio. Ray was born to Frank and Jennie (Sutkowski) Maliszewski on May 21, 1934 in Southport, Connecticut. He graduated from Roger Ludlowe High School in 1952 in Fairfield, CT and enlisted in the U.S. Air Force the following year. Ray proudly served his country from March 30, 1953 until being honorably discharged on January 3, 1957. He was stationed in Morocco, North Africa during its French occupation at the Nouasseur Air Base. Ray obtained the rank of Staff Sergeant and received the National Defense Service Medal and the Good Conduct Medal. Soon after being discharged, Ray married Nancy J. Glaza on June 14, 1957 in Bridgeport, CT. and moved to Monroe in 1959. It was then that Ray began a 25 year career with the Michigan State Police. He worked in the Motor Carrier Division until retiring as a Sergeant in 1984. Afterward, Ray was employed for 10+ years by North Monroe Greenhouse as a Floral Delivery Person. Ray was a member of Matt Urban American Legion Post 40, the Monroe Genealogical Society, the Life Stories Writing Group and a proud member of the Veteran Pinning Program for Promedica Hospice. He was steadfast in his nightly prayers and possessed a unique sense of humor. Ray is survived by four children: Michael Maliszewski of Chicago, IL, Richard (Mark Joseph) of Chicago, IL, Sandra (James) Kloster of Monroe, and Susan (Nikki Mushisky) Maliszewski of Monroe; a sister, Aldeanne (Tom) Duffy of Bridgeport, CT; two grandchildren, Bryan Kloster of Boston, MA and Jenna Kloster of Monroe; and his "feline friend" Sam. Ray was preceded in death by his parents; his beloved, wife, Nancy on Dec. 4, 2001; his loving daughter, Kathleen Niehoff; a brother, Vincent Maliszewski; son-in-law, Brian Goodman; and an infant sister. Due to current attendance limitations, visitation and funeral services will be held privately at Bacarella Funeral Home at 2 p.m. Wednesday, Dec. 2nd. Live stream viewing of his funeral is available by going to http://www.bacarellafuneralhome.com/obituaries/permalink/9735660/LTWebcast. Deacon Michael Stewart of St. Mary Catholic Church will officiate followed by burial at Roselawn Memorial Park with military honors provided by Monroe VFW Post 1138. For anyone wanting to make a memorial donation in lieu of flowers, the family suggests supporting ProMedica Hospice of Monroe. Online condolences and special memories may be shared with the family by visiting the obituary page at www.bacarellafuneralhome.com.

The family of Raymond F. Maliszewski created this Life Tributes page to make it easy to share your memories.

Send flowers to the Maliszewski family.