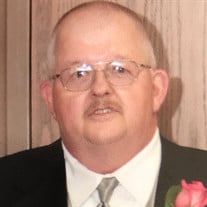 Ralph I. Fleming, 71 years, of Monroe, Michigan, went home to be with the Lord on Wednesday, September 4, 2019 at his home. Born July 25, 1948 in Wyandotte, Michigan, Ralph was the son of the late James I. and Beryl (Rhead) Fleming. He was a 1966 graduate of Lincoln Park High School. Ralph served his country honorably and proudly in the United States Navy aboard the aircraft carrier USS Bon Homme Richard during the Vietnam War from January 30, 1967 to November 17, 1970. For his heroism he received the National Defense Service Medal, Vietnam Service Medal with 3 Stars, Republic of Vietnam Campaign Medal with Device and the Armed Forces Expeditionary Medal (Korea). On April 14, 1979 Ralph married his beloved wife, the former Susan J. Heatherly, in Monroe. Ralph worked as a Tool and Dye Maker for Star Tool in Detroit. He also worked as a maintenance man for Frenchtown Nursing Care Center. He retired in 2011. Ralph was a life member of the VFW Post 1138 in Monroe and the National Rifle Association. Ralph was a history buff and enjoyed classic films. He was also a fan of the Detroit Tigers and Michigan Wolverines. Most of all Ralph enjoyed time spent with family. Ralph is survived by his beloved wife of 40 years, Susan, two loving children; David G. (Abby) Fleming of Canton, MI, and Erin K. (Doug) Horkey of Dundee, MI, six cherished grandchildren; Henry, Emma, Grace, Gavin, Finn, and Grant, and three siblings; Kathleen (Bob) Wright of Southgate, MI, James Ross Fleming of Lincoln Park, MI and Steven S. (Danielle) Fleming of Westland, MI. Sadly, he was preceded in death by his parents. In keeping with Ralph’s wishes cremation will be held. Memorial visitation will be held from 10:00 am to 11:00 am on Wednesday, September 11, 2019, St. Paul’s United Methodist Church where The VFW Post 1138 will conduct military honors beginning at 11:00 am followed by a memorial service celebrating Ralph’s life. The Rev. Melodye VanOudheusden, pastor of the church will officiate. The Bacarella Funeral Home, 1201 S. Telegraph Road, Monroe, Michigan, 48162, is assisting Ralph’s family with funeral arrangements. Memorial contributions are suggested to the VFW Post 1138 or Hospice of Michigan.

Ralph I. Fleming, 71 years, of Monroe, Michigan, went home to be with the Lord on Wednesday, September 4, 2019 at his home. Born July 25, 1948 in Wyandotte, Michigan, Ralph was the son of the late James I. and Beryl (Rhead) Fleming. He... View Obituary & Service Information

The family of Ralph I. Fleming created this Life Tributes page to make it easy to share your memories.

Send flowers to the Fleming family.