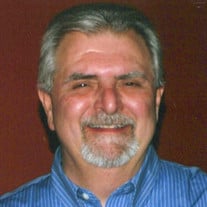 Peter G. (Iacoangeli) Kennon, age 73 of Monroe, passed away at 9:44 p.m. Monday, July 13th, 2020 at ProMedica Toledo Hospital. Born May 20th, 1947 in Monroe, Pete was the son of the late Peter C. and Drusilla H. (Kennon) Iacoangeli. He attended St. John Elementary School and was a 1965 graduate of Monroe Catholic Central High School. In 1969, Pete graduated from Western Michigan University where he earned a bachelor degree and served as President of his fraternity, Beta Theta XI Chapter. After completing his higher education, he proudly served his country by enlisting in the Army National Guard. On September 29, 1973, Pete married Joan M. Schrader, also from Monroe. From this union they had two children, Peter and Laura. Pete had a long and prosperous career in the Trucking Logistics industry. He was employed by several major companies in the U.S. including Jones Transfer, Ryder, P.I.E., Viking Freight and FedEx Freight. Advancements took him literally coast to coast including 12 moves and travels to 48 states. Reluctantly, it was early in his career that Pete felt compelled to change his name to Kennon for professional reasons. He retired in 2005 as the Senior Executive Vice President of FedEx Freight and was fondly known as “The Blue Collar V.P.” Pete was a multi-talented person. Self taught, he built computers and created and wrote software programs, some that were implemented by his employers. He was also a creative woodworker and talented cook. A dog lover, he possessed a natural affection for his canine companions. He was a history buff with an avid interest in politics and always looked forward to time spent with his friends at their twice-weekly gatherings. Pete is survived by his wife of almost 47 years, Joan; his two children, Peter J. (Lisa R.) Kennon of Livermore, CA and Laura J. (John D.) Secord of LaSalle, MI; three brothers, John (Robyn) Iacoangeli, James (Susan Woodruff) Iacoangeli and Paul (Sherri) Iacoangeli, all of Monroe; and five grandchildren: Madelyn Kennon, Kamdyn Secord, Josephine Kennon, Blake Secord, and Brentley Secord. In addition to his parents, Pete was also preceded in death by his step-father, Charles Marx. In keeping with Pete’s final requests, cremation has taken place under the direction of Bacarella Funeral Home. Family and friends may visit from 3 p.m. to 7 p.m. Tuesday, July 21st at the funeral home. All visitors are asked to comply with current facial covering protocols. A memorial service in celebration of Pete’s life will begin at 7 p.m. with military honors provided by Monroe VFW Post 1138 followed by Pete’s family acting as officiators. In lieu of flowers, the family suggests supporting Saint Mary Catholic Central High School or the Humane Society of Monroe County.

The family of Peter G. (Iacoangeli) Kennon created this Life Tributes page to make it easy to share your memories.