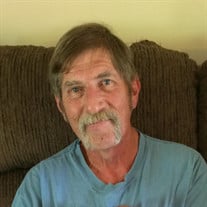 Paul Joseph Biela, 62 of Carleton, went home to be with the Lord on Monday, July 6, 2020, in his home. He had been in declining health for three years. Born July 31, 1957 in Monroe, he was the son of the late Eugene C. and Julianna M. (Cieslinski) Biela. Paul attended St. Mary Grade School and St. Mary Catholic Central, graduating with the class of 1975. He went on to earn his associate degree in 1977 from Monroe County Community College. Paul married his beloved wife, Connie M. Burt on August 20, 1982 at St. Mary Catholic Church in Monroe. He began working for Ford Motor Company’s Flat Rock Auto Alliance Plant in 1988 as a line worker. Paul eventually transferred to the Brownstown Distribution Center as a Hi-Lo operator where he retired from in 2017 after 29 years of service. Paul was a member of St. Mary Catholic Church and of U.A.W. Local 600. He enjoyed going fishing and mowing the lawn and gardening at his home. Paul was an avid sports fan; some of his favorite teams include Notre Dame and the Detroit Redwings. While he enjoyed collegiate and professional sports, by far his favorite games to watch were his daughter’s softball games. Paul also loved watching NASCAR races and listening sports radio programs and pre 1970’s old-time country music. He was an animal lover, caring for many cats and dogs throughout his life, and even raised ducks. Paul deeply cherished his family, especially being a “Papa” to his granddaughters. To cherish his memory, Paul leaves his wife of thirty-eight years, Connie of Carleton; three daughters: Julie (Michael) Frazer of Monroe, Anna (Andrew) Biela-Robinson of Marshall, Michigan and Amanda (Andrew Buchanan) Biela of Monroe; one sister, Susan Biela of Monroe; and two grandchildren, Claire and Grace Frazer. He was preceded in death by his parents and grandparents. Visitation will be held from 1 p.m. until 7 p.m. Thursday, July 9, 2020, at Bacarella Funeral Home, 1201 S. Telegraph Road, Monroe, MI, 48161. Services celebrating his life will begin at 11 a.m. Friday, July 10, 2020, also at the funeral home. Rev. Fr. David Burgard, Pastor of St. Mary Catholic Church, will officiate. Interment will follow at Roselawn Memorial Park, LaSalle. In lieu of flowers, memorial contributions in Paul’s memory are suggested to the family or V.F.W. Post 1138 Monroe. Online condolences and special memories may be shared with the family by visiting the obituary page at www.bacarellafuneralhome.com.

Paul Joseph Biela, 62 of Carleton, went home to be with the Lord on Monday, July 6, 2020, in his home. He had been in declining health for three years. Born July 31, 1957 in Monroe, he was the son of the late Eugene C. and Julianna M. (Cieslinski)... View Obituary & Service Information

The family of Paul J. Biela created this Life Tributes page to make it easy to share your memories.

Paul Joseph Biela, 62 of Carleton, went home to be with the Lord...

Send flowers to the Biela family.