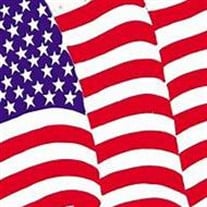 Mark D. Fox, 66 years, of Waco, Texas, formerly of Monroe, Michigan passed away Wednesday, September 4, 2019 in his home. Born August 10, 1953 in Monroe, Michigan, Mark was the son of Samuel J. and Wilma A. (Hollors) Fox. He attended high school and Birmingham, Michigan and Ashland Community College in Kentucky. He moved to Texas in 1994. Mark served his country honorably and proudly in the United States Army. He was stationed at Fort Knox. Mark was a Boy Scout, a member of the YMCA, and enjoyed shooting pool and playing cards. Most of all mark enjoyed time spent with family. Mark is survived by his beloved mother Wilma A. Fox of Monroe, three loving siblings; Sammy L. (Connie) Fox of Wichita, KS, Sheri Fox of Monroe, and Julie A. (Phillip) Perkins of Temperance, MI and several nieces and nephews and great nieces and nephews. Sadly, he was preceded in death by his father and two brothers; Danny and Steven On Tuesday, September 10, 2019 at 11:00 AM a graveside service will be held at Roselawn Memorial Park in LaSalle, MI. The Rev. Connie Bryant will officiate. The Bacarella Funeral Home, 1201 S. Telegraph Rd., Monroe, MI, 48161, is assisting Mark’s family with funeral arrangements.

The family of Mark D. Fox created this Life Tributes page to make it easy to share your memories.

Send flowers to the Fox family.