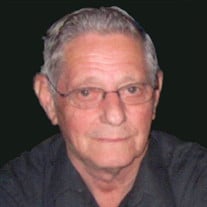 Lawrence C. Loth, age 82 of Monroe, passed away at 1:20 p.m. Tuesday, July 27, 2021 in his home. He had been seriously ill for 5 months. Larry was born on August 3, 1938 in Modesto, California. Following graduation from Folsom High School in Folsom CA, he enlisted in the U.S. Navy on October 18, 1956. After proudly giving 20 years of service to his country, Larry was honorably discharged on April 22, 1976, obtaining the rank of Chief Petty Officer. During that time, he served on many ships and vessels including the U.S.S. Helena and the U.S.S. Iredell County which sustained enemy gunfire on several occasions during the Vietnam War. During his active military career, Larry was also stationed in San Diego, Japan, Hawaii, Guam, Spain, and Australia where, as an Exchange Officer, he trained Australian Naval personnel. For his dedication and patriotism, Larry was awarded numerous medals including the Presidential Unit Citation, Meritorious Unit Commendation, and the Combat Action Ribbon with 6 Bronze Stars. After serving in the Navy, Larry returned to California and civilian life where he was employed by Regional Transit and the County of Sacramento. On September 22, 2012 , Larry married Patricia Eileen (McManaway) Crockett in Monroe. Together, they cherished spending time at their lakehouse in Howell, MI on Chemung Lake. Larry was an avid fisherman and had a love for animals. He enjoyed motorcycling, traveling, and was a former member of the Monroe County Rod and Gun Club. Larry is survived by his wife, Eileen; daughter, Sharon Loth of Tecumseh, NE; two step-children, Greg (Janna) Hill of Monroe and Diane (Walter Gunderson) Hill of Petersburg, MI; 11 grandchildren and 23 great-grandchildren. Larry was preceded in death by his parents and a brother, Karl Loth. Family and friends may visit from 3 p.m. to 8 p.m. Friday, July 30th at Bacarella Funeral Home where services will be held at 1 p.m. Saturday. Rev. Gary Weaver will officiate followed by burial at Woodland Cemetery with military honors provide by Monroe VFW Post 1138. For anyone wanting to make a donation in memory of Larry, the family suggests supporting the Monroe County Animal Shelter. Online condolences and special memories may be shared with the family by visiting the obituary page at www.bacarellafuneralhome.com.

Lawrence C. Loth, age 82 of Monroe, passed away at 1:20 p.m. Tuesday, July 27, 2021 in his home. He had been seriously ill for 5 months. Larry was born on August 3, 1938 in Modesto, California. Following graduation from Folsom High... View Obituary & Service Information

The family of Lawrence C. Loth created this Life Tributes page to make it easy to share your memories.

Send flowers to the Loth family.