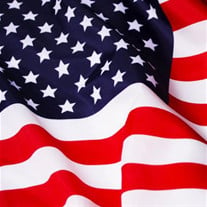 Kyle Mack Collins, age 82, of Monroe, went home to be with the Lord at 7:33 a.m. on Wednesday, December 18, 2019, at ProMedica Monroe Regional Hospital. Born August 15, 1937 in Thorn Hill, Tennessee, he was the son of the late Mack and Grady (Ferguson) Collins. He attended high school in Rutledge, Tennessee. Kyle married his loving wife, Wilma Joyce Stevens, on July 14, 1956 in New Tazewell, Tennessee. Shortly after their marriage, in the summer of 1956, the two moved to Monroe. He served his country honorably in the United States Army from August of 1960 until August of 1962. Prior to joining the military, Kyle worked briefly at Ford Motor Company. After returning home, he worked for Wittkop Buick, finally finding his career at Monroe Sports Center where he worked as a mechanic and “jack-of-all-trades” until his retirement in 2000. His retirement was short-lived as he began working back at the Monroe Sports Center on a part-time basis a short time after his retirement. Kyle was a member of St. Paul’s United Methodist Church, Monroe, for forty-one years. He loved horses, owning three racehorses that he raced in Canada and Detroit. He was a collector of knives, baseball cards and tools of every kind. Kyle enjoyed traveling with his wife; in addition to traveling the world, Kyle and Joyce made several trips to Las Vegas where they visited family and casinos. To cherish his memory, Kyle leaves his beloved wife of sixty-three years, Joyce; a sister and a nephew. He was preceded in death by his parents and grandparents. Memorial contributions in Kyle’s memory are suggested to St. Paul’s United Methodist Church. Visitation will be held on Friday, December 20, 2019, from 2 p.m. until 7 p.m. at Bacarella Funeral Home, 1201 S. Telegraph Road, Monroe, MI, 48161, where services celebrating his life will be held on Saturday, December 21, 2019, at 2 p.m. Rev. Evans Bentley will officiate. Interment will follow at Roselawn Memorial Park, LaSalle.

Kyle Mack Collins, age 82, of Monroe, went home to be with the Lord at 7:33 a.m. on Wednesday, December 18, 2019, at ProMedica Monroe Regional Hospital. Born August 15, 1937 in Thorn Hill, Tennessee, he was the son of the late Mack and... View Obituary & Service Information

The family of Kyle Mack Collins created this Life Tributes page to make it easy to share your memories.

Send flowers to the Collins family.