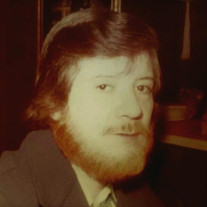 Gloyd Elwood Shanteau, 82 years, a lifelong resident of Monroe, Michigan, went home to be with the Lord on Monday, January 18, 2021 at ProMedica Toledo Hospital. Born October 16, 1938 in Monroe, Gloyd was the son of the late Gloyd M. and Garnette G. (Holtz) Shanteau. Gloyd was a 1956 graduate of Airport High School. Gloyd served our country honorably and proudly in the United States Navy. He served from September 6, 1957 to September 5, 1961. Gloyd served aboard the USS Olmsted. He was awarded the Armed Forces Expeditionary Medal. On December 1, 1978, Gloyd married his beloved wife, the former, Barbara J. Aldrich, in Monroe. Gloyd was employed by Ohio Plate Glass, Guardian Glass, and for the Sears Store in Monroe. He retired in 2001 from Sears. Gloyd was a life member of the VFW Post 1138 in Monroe. He enjoyed hunting, fishing, working in the yard and on automobiles. Most of all he enjoyed time spent with family. Gloyd is survived by his beloved wife of 42 years, Barbara, two loving children; Nichole M. Shanteau of Monroe and Michael R. Shanteau, a stepson, Richard J. (Charline Brown) Lajiness of Monroe, two cherished grandchildren; Dokoda J. Lajiness and Dillan Brown, two half-sisters; Bonnie J. Shanteau and Karen Shanteau, his sister-in-law, Cheryl M. (Aldrich) Marino and nephew, Thomas A. Marino. In addition to his parents, Gloyd was preceded in death by his stepmother, who raised him, Juanita, and a daughter, Michelle R. Shanteau. In keeping with Gloyd’s wishes, cremation has been held. Memorial visitation will be held on Saturday, January 23, 2021 at the Bacarella Funeral Home, 1201 S. Telegraph Rd., Monroe, Michigan, from 1:00 pm until 4:00 pm, at which time, VFW Post 1138 will conduct military honors. Memorial contributions are suggested to VFW Post 1138 in Monroe.

Gloyd Elwood Shanteau, 82 years, a lifelong resident of Monroe, Michigan, went home to be with the Lord on Monday, January 18, 2021 at ProMedica Toledo Hospital. Born October 16, 1938 in Monroe, Gloyd was the son of the late Gloyd M. and... View Obituary & Service Information

The family of Gloyd Elwood Shanteau created this Life Tributes page to make it easy to share your memories.

Send flowers to the Shanteau family.