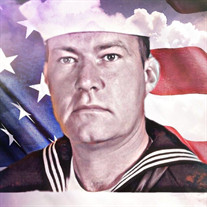 Gerald “Jerry” Kenneth Fowler, 72 years, of Monroe, Michigan, succumbed to his year’s long battle with cancer, on October 2nd, 2019. Jerry was the firstborn child of Ray and Marian (Fikes) Fowler. He was born July 21st, 1947 in Monroe. MI. Jerry (Big-dog) grew up in a farmhouse in Newport surrounded by his loving parents. Jerry was a 1965 graduate of Jefferson High School and attended Monroe County Community College and a college Tennessee. He earned an associate’s degree. Jerry proudly served his country in the U. S. Navy in the mid 80’s. Jerry spent most of his career as a CNC Operator and Quality Control Inspector for various manufacturing companies throughout the United States. Jerry played the guitar when he was a young man and enjoyed listening to music throughout his life. He also enjoyed fishing, playing cards and socializing with friends and family. Jerry leaves to cherish his memory, four loving children; Gerald (Shannon) Fowler II of Kentucky, Angie (Mitch) Langton, Tammy (Marcus) Wilcox and Patricia Allen (Jason Hammack) of Michigan. He also leaves thirteen grandchildren and nine great grandchildren, six siblings; all living and missing him very much, Ray Fowler and Bryan (Judy) Fowler of Monroe, Diane Coates (Gary Howarth), Barbara (Jeff) Graves and Judy (Ken) Stumpmier of Florida, and Cheryl (Carl) Horvath of Ohio. He was preceded in death by both his parents. Visitation will be held on Monday from 2-8 pm in the Bacarella Funeral Home, 1201 S. Telegraph Rd., Monroe, MI, 48161, where funeral services celebrating his life will be held on Tuesday, October 8, 2019 at 10:00 am. Jerry’s son, Jerry Fowler, II, will officiate. Interment will follow at St. Charles Cemetery in Newport, MI

The family of Gerald Kenneth Fowler created this Life Tributes page to make it easy to share your memories.

Send flowers to the Fowler family.