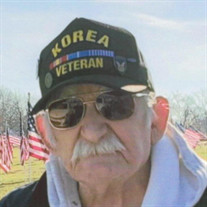 George P. Massu, age 88, of Monroe, went home to be with the Lord at 4:30 a.m. on Saturday, November 28, 2020, in his home, surrounded by his loving family. Born January 10, 1932 in Detroit, Michigan, he was the son of the late Anthony and Freda (Michaels) Massu. George attended U of D High School, graduating with the class of 1949. He married his beloved and devoted wife, Gloria Jeanne Beattie, on July 27, 1972 in Detroit. George served his country honorably in the United States Army serving two tours in the Korean War. After returning home, he earned a master’s degree in Engineering from the University of Detroit, moving to Monroe in 1987. He was a longtime owner of the Lakeside Fishing Shop in St. Clair Shores, Michigan, retiring in 1998. George was baptized and confirmed at Saint Maron Church in Detroit. He joined St. Michael the Archangel Catholic Church, Monroe in 1987. He was a member of the V.F.W. Post 1138, Monroe and the Brest Bay Sportsman Club. George was an avid trapshooter and outdoorsman. He was instrumental in the design and development of the “Believer” Muskie lure. To cherish his memory George is survived by his loving wife and family and was preceded in death by his parents. Visitation will be held from 4 p.m. until 7 p.m. Thursday, December 3, 2020, at Bacarella Funeral Home, 1201 S. Telegraph Road, Monroe, MI 48161. Military honors, under the auspices of V.F.W. Post 1138, Monroe, will be rendered at 6 p.m. Due to the COVID-19 pandemic, visitation will be limited to twenty-five persons and those attending are asked to wear face coverings and maintain social distancing. He will lie in state at 10 a.m. on Friday, December 4, 2020 at St. Joseph Shrine, 1828 Jay Street, Detroit, where Mass of Christian burial will be celebrated by Rev. Canon Michael Stein beginning at 11 a.m. Interment will follow at White Chapel Memorial Gardens, Troy, Michigan. Memorial contributions in George’s memory are suggested to St. Joseph Shrine or V.F.W. Post 1138, Monroe.

The family of George Paul Massu created this Life Tributes page to make it easy to share your memories.

Send flowers to the Massu family.