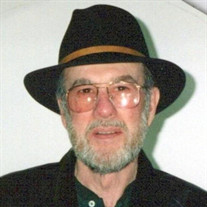 Ernest A. Post, age 84 of Monroe, passed away Saturday evening, Sept. 18th in his home. He had been in declining health for a year. Born September 4, 1937 in Carleton, MI, Ernie was the son of the late George and Charlotte (Eby) Post. He attended Airport High School and enlisted in the U.S. Army, serving from January 9, 1958 until being honorably discharged on November 16, 1959. On November 5, 1960, Ernie married Elizabeth A. Leege at St. Patrick Catholic Church in Carleton. He was employed as a Hi-Lo Operator for 13 years at Guardian Glass until he started Ernie’s Water Hauling in Carleton which he operated for several years until moving from Carleton in 1997. Ernie was a patriotic veteran who was proud to have served his country. He cherished singing in the church choir while residing in Bonita Springs, Florida, deer hunting, and was an avid football fan. Ernie was mechanically inclined and enjoyed tinkering on cars and trucks in his spare time. Ernie is survived by his wife of 60 years, Liz Post; three children: George (LuAn) Post of McBee, SC, Teresa Vukobratovich of Monroe, and Shelley (Fred) Splan of LaSalle; three brothers: Eugene (Marie) Post, Roger (Rose) Post, and Daniel (Barb) Post, all of Carleton; sister, Joyce (Gary) Staelgraeve of Maybee; five grandchildren: Kristina (Jason) Sullivan, Clint (Amy) Post, Matthew (Sarah) Lehmann, Mariah (Will) Avant, and Brody Vukobratovich; and eight great-grandchildren. In addition to his parents, Ernie was also preceded in death by a brother, Cloyce “Pete” Post. All are invited to attend a memorial service at 2 p.m. Sunday, Sept. 26th at Bacarella Funeral Home in celebration of Ernie’s Life. ProMedica Chaplain, Mark Loudermilk will officiate along with military honors provided by Carleton VFW Post 4093. This service will be live streamed for those who are unable to attend the service, please use the following link to watch starting at 1:55 p.m. http://www.bacarellafuneralhome.com/obituaries/permalink/10130467/LTWebcast Memorial donations are suggested to Paralyzed Veterans of America (PVA.org) P.O. Box 758589, Topeka, KS 66675-8589.

Ernest A. Post, age 84 of Monroe, passed away Saturday evening, Sept. 18th in his home. He had been in declining health for a year. Born September 4, 1937 in Carleton, MI, Ernie was the son of the late George and Charlotte (Eby) Post.... View Obituary & Service Information

The family of Ernest A. Post created this Life Tributes page to make it easy to share your memories.

Ernest A. Post, age 84 of Monroe, passed away Saturday evening,...