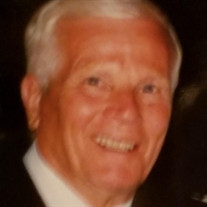 Rev. Eldred “Al” W. Jukuri, 87 years, of Monroe, Michigan, went home to be with the Lord on Wednesday, June 5, 2019 at Fountain View of Monroe. Born October 4, 1931 in Mohawk, Michigan, Al was the son of the late William H. and Vivie J. (Hendrickson) Jukuri. Al was a 1949 graduate of Grosse Pointe High School. He went on to attend Bible College in Peterboro Ontario, Canada, and received a BS in Theology from the Central Bible Institute in Springfield, MO. He went on to attend Eastern Michigan University where he received a BS and a Master’s Degree in Education. On September 20, 1952 Al married his beloved wife, the former Verda Juanita “Nita” Murray at the Berea Tabernacle in Detroit. Al was an ordained minister for both the Assembly of God and The Church of God. He served as the pastor of Cheboygan Assembly of God, Rockwood Faith Chapel Assembly of God, Monroe Assembly of God and Temperance Church of God. He was a member of Stewart Road Church of God where he was the principal of Pathway School, sang in the choir, was the director of the Senior Choir, was the Senior Adult Pastor and helped with many church ministries. He also played the trumpet and sang for Revival Time. Al worked for Monroe Public Schools for 37 years, teaching math, science and coaching youth athletics at Boyd, Hollywood and Cantrick Schools. He was honored in the Who’s Who of Teaching and retired in 1991. Al played hockey for the LaZBoy, he enjoyed ice skating, and watching all types of sporting events, he especially enjoyed watching his grandchildren play sports. He will be remembered as a true man of God who loved leading people to the Lord and time spent with family. Al is survived by his beloved wife of 67 years, Nita, two loving children; Steven M. Jukuri of Newport and Daniel W. (Gloria) Jukuri of Monroe, six cherished grandchildren; Amanda, Melinda, Joseph, Nicholas, Anthony, and Brandon and eight treasured great grandchildren. In addition to his parents Al was preceded in death by a son David E. Jukuri. Visitation will be held on Sunday from 1-7 pm in the Bacarella Funeral Home, 1201 S. Telegraph Rd., Monroe, MI, 48161. On Monday, June 10, 2019 he will lie in state at Stewart Road Church of God from 10:00 am until funeral services celebrating his life at 11:00 am. The Rev. Joseph Byrd will officiate. Interment will follow at Roselawn Memorial Park.

The family of Rev. Eldred "Al" W. Jukuri created this Life Tributes page to make it easy to share your memories.

Send flowers to the Jukuri family.