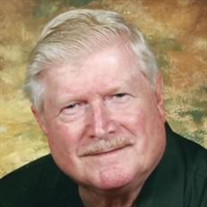 Douglas Wayne Cadle, age 81, of Monroe, passed away Tuesday November 16, 2021 at Medilodge of Monroe under the care of Hospice. Doug was born October 4, 1940 in Monroe. He was the son of Fred and Flossie (Burchett-Rowlette) Cadle. He served his country in the U.S. Army November 28, 1958 to February 23, 1962. During his time in the Army, he served as a supply handler in the ammo depot. He also earned marksman and sharpshooter medals. He married, his beloved wife of 44 years, Brenda Gillette on July 18, 1977. Doug worked many jobs throughout his life, which included La-Z-Boy, Guardian Glass, and Ford Motor Company and then retired from Jefferson Schools at Hurd Road Elementary in custodial maintenance. In his younger years Doug was a member of the Michigan Concert Choir. He enjoyed hunting, going to car shows and watching races at Milan Dragway. He was an avid coin collector and enjoyed sharing his hobby with anyone that would listen. His greatest passion in life was his love for the Lord and his love for his family. He was a member of Shelton Park Church of God and previously a member of North Monroe Street Church of God. He loved his church family and looked forward to attending services. He enjoyed listening to the Gather Vocal Band and when Doug went to church everyone in the pew was always guaranteed a mint. Doug loved the time he spent with his wife, children and grandchildren. As a Papa, you would always find him playing Legos, putting together puzzles or coloring with his grandkids. As his grandkids grew older, he cherished his visits and looked forward to whatever was going on in their lives. Everyone that knew Doug also knew of his fondness for sweets. His family will never see a cup of coffee and a doughnut without thinking of him. He is survived by his wife of 44 years, Brenda Cadle of Monroe; two daughters, Rachelle (Duane) Cousino of Maybee and Brooke (Jay) Philbeck of Temperance; a sister, Sherry Hawkins of Monroe; six grandchildren, Brendan, Cole, Brianna, Evan, Jayda and Jasmine (and his grandpup Leia). He is proceeded in death by his parents, infant brother Keith Cadle, sister Loretta Kraus and son Daniel Cadle. Memorial contributions may be made to VFW Ritual Team Post 1138 (Honor Guard), Wounded Warriors or American Kidney Fund. Visitation will be from 2-8 p.m. Monday, November 22, 2021 at Bacarella Funeral Home, 1201 S. Telegraph Road, where services will be held Tuesday at 12 noon. Burial will follow at Roselawn Memorial Park, LaSalle with military honors by VFW Post 1138. Online condolences and special memories may be shared with the family by visiting the obituary page at www.bacarellafuneralhome.com.

Douglas Wayne Cadle, age 81, of Monroe, passed away Tuesday November 16, 2021 at Medilodge of Monroe under the care of Hospice. Doug was born October 4, 1940 in Monroe. He was the son of Fred and Flossie (Burchett-Rowlette) Cadle. He served... View Obituary & Service Information

The family of Douglas W. Cadle created this Life Tributes page to make it easy to share your memories.

Send flowers to the Cadle family.