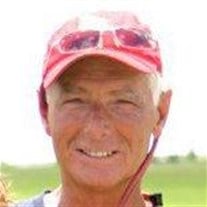 Donald J. Fillion, 74 years of Saline, passed away at his home at 3:41 p.m. Saturday, October 26, 2019, after sort-term battle with pancreatic cancer. Born, July 13, 1945 in Detroit, he was the son of the late Horace and Alice (Ricard) Fillion. Donald graduated from Precious Blood High School, Detroit. He attended Eastern Michigan University earning his bachelor’s degree in education. He was a dedicated educator for Lincoln Consolidated School District in Augusta Township, Michigan, for thirty-six years, retiring in 2004. Donald was a longtime member of Monroe Boat Club. He was craftsman of many trades, excelling at woodworking and sewing. Donald created many half-hulls and sail covers for friends and boat club members. In his spare time, he enjoyed golfing, sailing, and spending time with friends and family. To cherish his memory, Donald leaves his daughter, Casey Fillion of Monroe; longtime partner, Rebecca Ellwein of Saline, Michigan; and two sisters, Diane (Richard) Hammer of Canton, Michigan and Annete Collings of Ypsilanti, Michigan. He was preceded in death by his parents. Memorial contributions in his memory are suggested to an organization of the donor’s choice. In accordance with Donald’s wishes, cremation has already taken place and Memorial visitation will be held from 1 p.m. until services celebrating his life begin at 3 p.m. on Saturday, November 2, 2019, at Bacarella Funeral Home 1201 S. Telegraph Road, Monroe, MI, 48161. Donald’s remains will be interred at Holy Sepulchre Catholic Cemetery, Southfield, Michigan, at a later date.

The family of Donald J. Fillion created this Life Tributes page to make it easy to share your memories.

Donald J. Fillion, 74 years of Saline, passed away at his home...

Send flowers to the Fillion family.