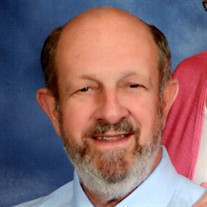 Bobby Dan “Danny” Conner, age 75 of Monroe, passed away Sunday morning, December 19, 2021 in his home. He had been in poor health for the past year. Danny was born on October 12, 1946 in Harrogate, TN. He was one of five children born from the union of Rev. John Tony and June (Sandifer) Conner. After graduating from Forge Ridge High School, Danny served in the U.S. Army from Jan. 11, 1966 until being honorably discharged on Jan. 10, 1968. On March 1, 1969, he married Addie Bernice Chadwell in Harrogate and moved to Monroe the following week. After working a couple jobs in Monroe, Danny was hired by Chrysler Corporation. He was employed at the Trenton Engine Plant for 39 years before retiring in 2007. Danny was a charter member of Heritage Baptist Church and a former member of Monroe Missionary Baptist Church. Collectively, he served as a Sunday School Teacher for 50 years and deacon for 38 years. An avid outdoorsman, he enjoyed small game and deer hunting. Danny is survived by his wife of 52 years, Bernice Conner; daughter, Cathy (Rev. Christopher) Butson of Ypsilanti, MI; four sisters: Patricia (Frank) Masters of Chandler, NC, Linda (Jack) Hurst, Wilma (David) Redmond, and Donna Conner, all of Harrogate, TN; granddaughter, Jenna Allerton of Monroe, and son-in-law, Adam Allerton of Monroe. Danny was preceded in death by his parents and a daughter, Connie Allerton. Family and friends may visit from 2 p.m. to 7 p.m. Wednesday, Dec. 22nd at Bacarella Funeral Home. Danny will lie in state at 10 a.m. Thursday at Heritage Baptist Church where services will be held at 11 a.m. The church pastor, Rev. Nate Click will officiate followed by interment at Roselawn Memorial Park. For anyone wanting to make a memorial donation, the family suggests supporting Heritage Baptist Church. Online condolences and special memories may be shared with the family by visiting the obituary page at www.bacarellafuneralhome.com.

The family of Bobby Dan "Danny" Conner created this Life Tributes page to make it easy to share your memories.

Send flowers to the Conner family.