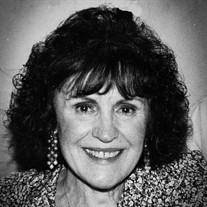 Antonina “Nina” Arcabascio, age 77 of Monroe, passed away peacefully at 2:47 a.m. Friday, March 13, 2020 in her home. Born April 3, 1942 in Borgetto, Sicily, Antonina was the daughter of the late Sebastiano and Leonarda (Bommarito) D’Arrigo. She came to the United States in 1949 and graduated from Monroe High School. On January 30, 1965, she married Vito Arcabascio at St. Joseph Catholic Church. Antonina had a love for children. For 20 years she was employed by Monroe Public Schools at Hollywood School as a Recess Coordinator, retiring in 2016. The way kids naturally gravitated to her was testimony of her kind nature. A proud homemaker, Antonina enjoyed raising her children, cooking, cleaning, and all that went with being a wife and mom. Nina is survived by her husband of 55 years, Vito; two sons, Mickele (Stephanie) Arcabascio and Sebastian (Kathryn) Arcabascio, both of Monroe; sister, Shelia (Mike) Keck of Monroe; brother, Nino (Natalie) D’Arrigo of Plymouth, MI; four grandchildren, Anthony (Amanda), Austin, Devin, and Dominic Arcabascio. In addition to her parents, Antonina was also preceded in death by an infant son, Mickele Anthony Arcabascio and sister, Maria (D’Arrigo) Arcabascio. Family and friends may visit from 5 p.m. to 8 p.m. Tuesday at Bacarella Funeral Home. Nina will lie in state at 9 a.m. Wednesday at St. John the Baptist Catholic Church where Mass of the Resurrection will be celebrated at 10 a.m. by Rev. Fr. Giancarlo Ghezzi. Cremation will follow in accordance with Antonina’s wishes. For anyone wanting to make a memorial donation, the family suggests Antonina’s favorite charity, St. Jude Children’s Hospital or the American Cancer Society.

The family of Antonina Arcabascio created this Life Tributes page to make it easy to share your memories.

Send flowers to the Arcabascio family.